Time for taking stock and new organisational structures for CMB 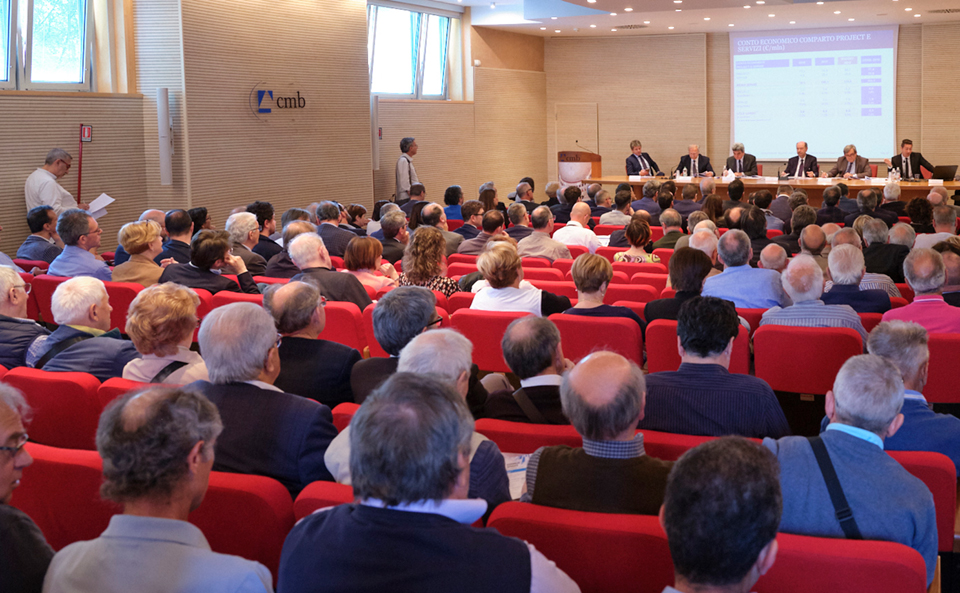 In a scenario in the construction sector still affected by the economic crisis, the result of the CMB Group for the 2018 financial year is confirmed as positive, improving the margins set out in the Budget. Turnover stands at 512 million euros, with a profit of 4.4 million. Equity has reached 220 million, 27.7 million of which is share capital, thanks to the policy of allocating dividends and rebates to increase the share capital, with the aim of maintaining the stability of equity in the long-term.

The Constructions division is the core business of the enterprise and confirms for 2018 the good levels of profitability achieved in recent years. Projects and Services remains CMB’s most innovative and dynamic segment, accomplishing again in this financial year further constant profitability growth in the context of a stabilization of revenues. At the end of 2018 CMB can count on a sizeable portfolio of orders, amounting to around 2.8 billion euros, with a volume of acquisitions higher than budgeted targets, both abroad and at home. Major acquisitions in 2018 include the University hospital complex in the city of Koge, the urban centre situated south of Copenhagen in Denmark, and another four lots of the Hospital Complex in Odense, which are in addition to the two acquired in 2017. It’s a further significant business result for CMB, which has embarked on a process of internationalisation and exportation of its know-how gained in hospital construction. Important results were achieved also at a national level, including the innovative STMicroelectronics site in Milan, the new Academy of the Guardia di Finanza in Bergamo, thanks to the recovery of the Ospedali Riuniti structures, and the restoration and extension of the Gran Reno Shopping Mall in Bologna for Klépierre.

CMB is presenting its new organisational structure in May. The Vice-Chairman Ruben Saetti, after 40 years working in the Cooperative, is leaving his post at the top of the Projects and Services Division which is assigned to Engineer Siriana Bertacchini. At the same time, the commercial structure of CMB has been reinforced, with a focus on foreign markets and on hospital concessions, creating the new Business Development Division. Besides commercial development, management will also focus on investments in innovation being made by the enterprise, in particular, in the strengthening of BIM. This latter task will be directed by Engineer Barbara Maccioni, the main architect of CMB’s recent development abroad. In employment terms, in 2018 there was a turnaround in human resources policies after the far-reaching company reorganisation process which had been necessary for contrasting the very serious crisis in the sector. New staff were hired with the declared objective of rejuvenating the workforce. 75 new workers were taken on, more than half of whom are aged less than 35 years old.

Back to News pageBack to top